This is the last Cottage update Pre-Disaster Flooding (THERE’S a tease for the next post!).

The Utility Room at the Cottage just felt gross. And dank. And Dirty. Which, you know, is a great way to feel when you are doing laundry. 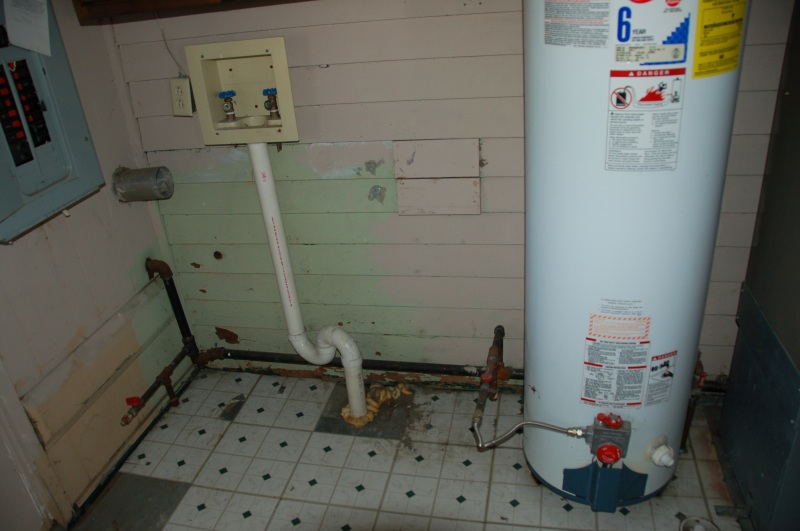 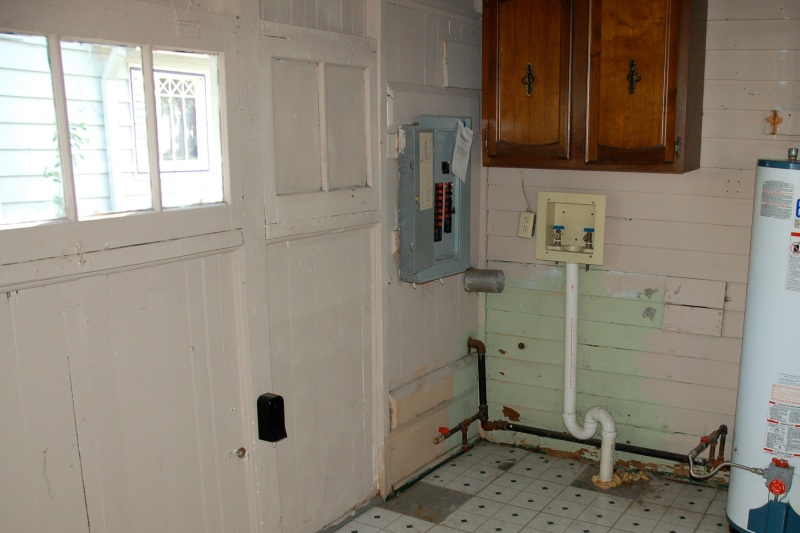 This room isn’t really an interior space. It’s more of a “closed-off long ago creative expansion of the house.” That probably shouldn’t exist…ish.

I mean, there isn’t even an exterior door. There’s an interior door. With a padlock. And no doorknob. And it doesn’t close. The outside is right through that paneled door. It’s a super classy (and secure!) set up. And it is so dirty and gross. 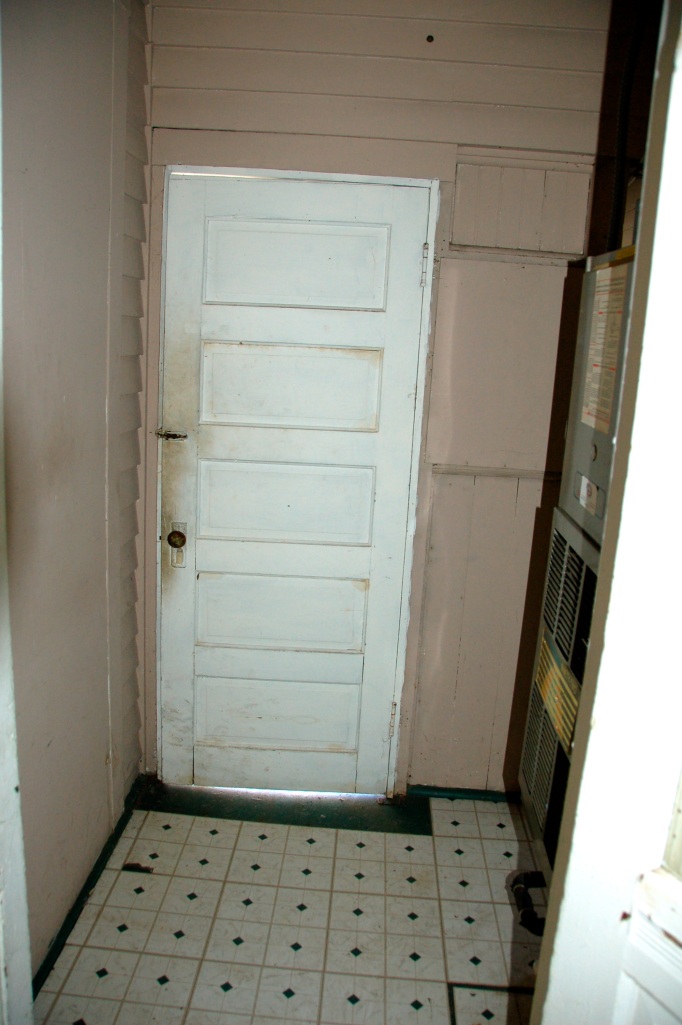 The amount of places in this room that you can see directly to the outside or the ground through cracks was unreal. While we certainly weren’t going to completely overhaul the space or make a laundry room in a rental look like this, we did want to give it a nice little makeover : new paint, seal up and insulate as much as possible, add an exterior door (SHOCKING!), replace the floor, and add a few cute and functional little touches.

I chose a yellow for the walls and ceiling, just to brighten it up and make it a bit more cheery. We added in the washer and dryer – this actually became our laundromat until the laundry room at Martin Place was complete. So, I’ve used it and lived in it – and it functions well, despite the semi-awkward layout. There are plans to build a chase for the electrical wires coming out of the box – we just aren’t there yet. 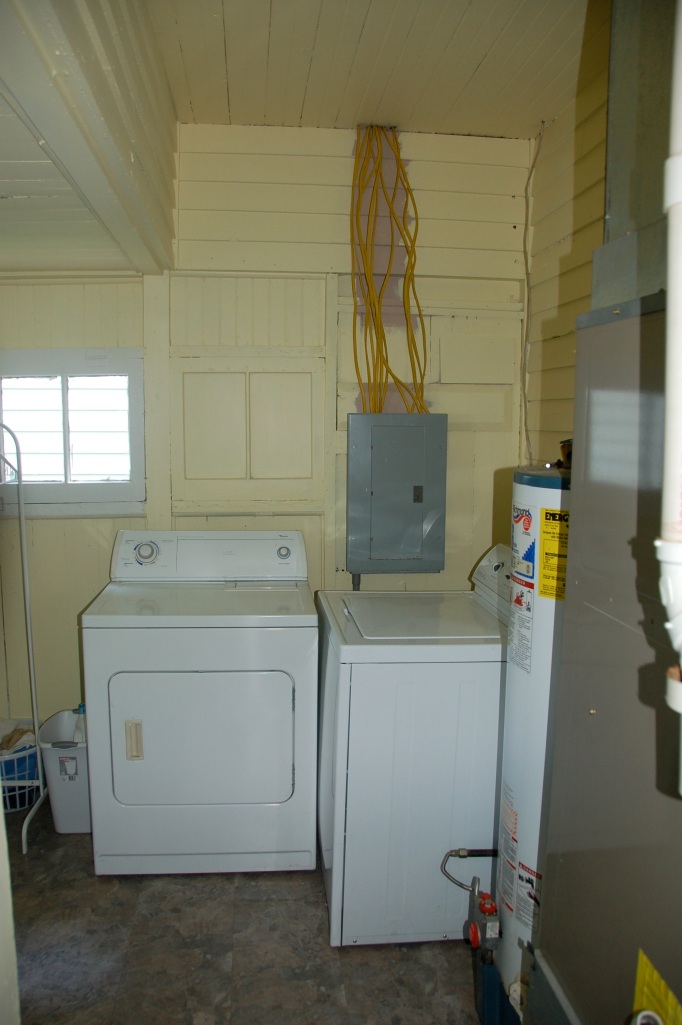 For the floor, we used a peel and stick vinyl that looks pretty seamless and great. It was AMAZING how much this made the space feel clean.

A REAL back door! We chose one with a nice window with a lot of light. This is the closest door to the driveway, so really it’ll be the main entrance to the house. So it’s secure, air-tight, and it fits the cottage style of this little victorian.

OUTSIDE this door, however, we discovered that a gutter/drainage problem had caused a lot of water damage over the year. So, that was a fun problem to fix, but we did it very quickly after discovering it. 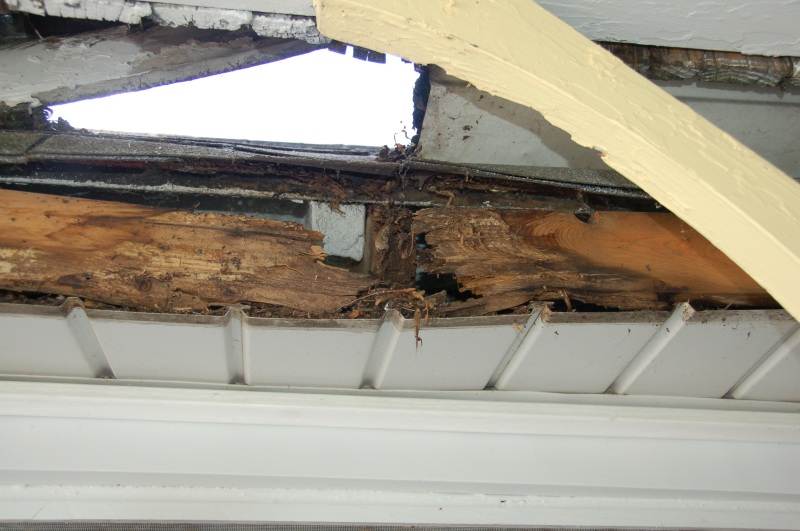 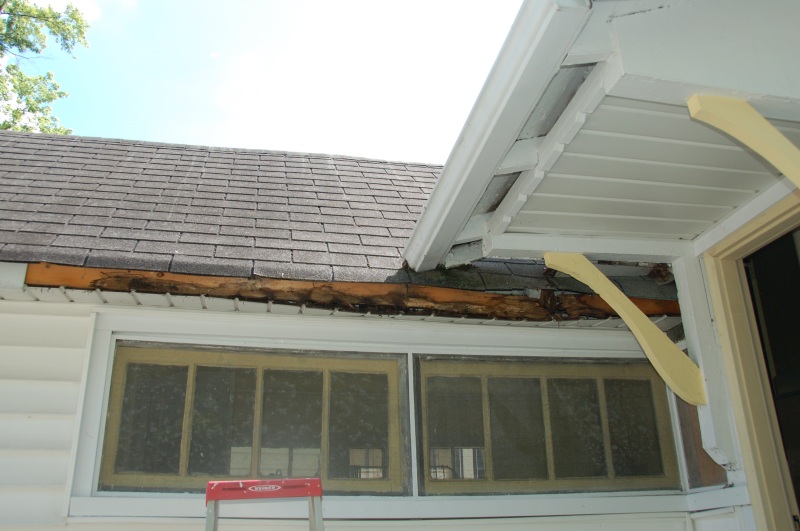 I refinished the cabinet above the washer, and added fun knobs to match the room. 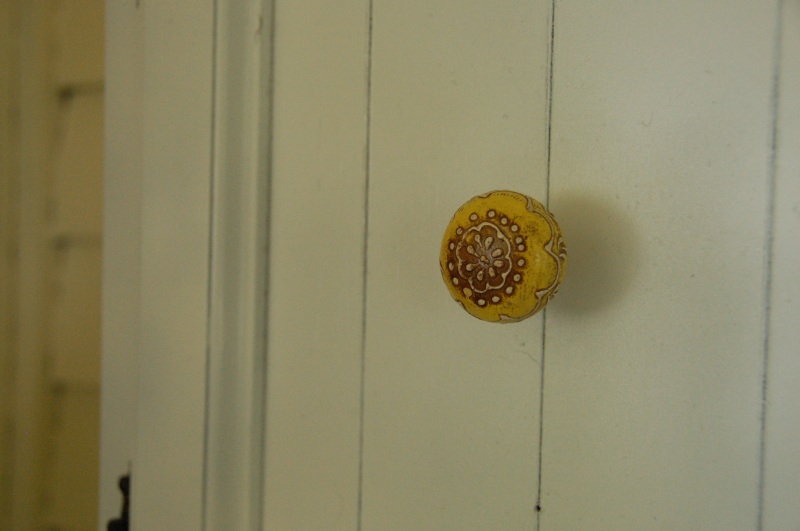 This built-in in the dining room is actually an old doorway that was closed off going into the utility room. My suspicions are that this was maybe the original back door of the house.

In the utility room, the backside of this boarded-up doorway looked awkward. So I decided it needed to be a giant chalkboard. Since this is right outside the kitchen, I figure it’s a great space for grocery lists, calendars, etc. Easy way to make an eyesore functional (and fun!). Lots of coats of chalkboard paint and some trim made it happened really quickly. 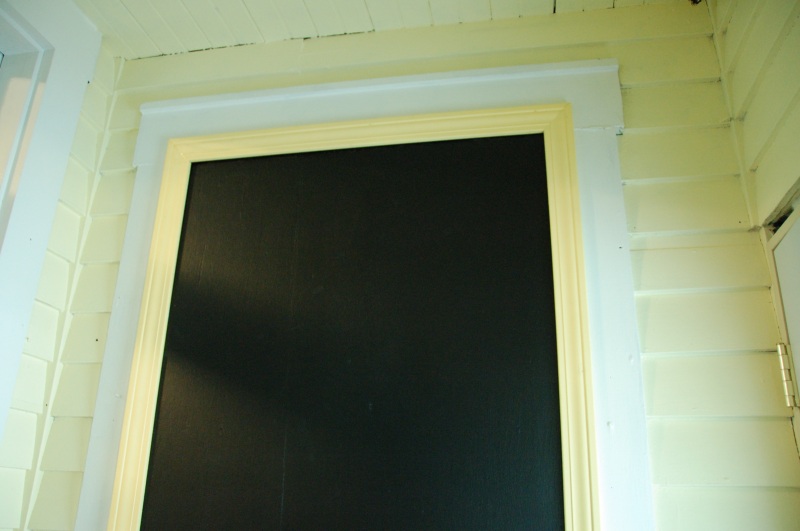 The floors in the house weren’t salvageable, so we chose a hardwood with a dark stain to put throughout the house – except the utility room and bathroom.

We started in the kitchen, and there was going to be a bit of unevenness going into the dining room, so we decided to even out the floors as much as possible, but treat the kitchen as a separate space – with a transition in-between the two rooms to handle the uneven step. 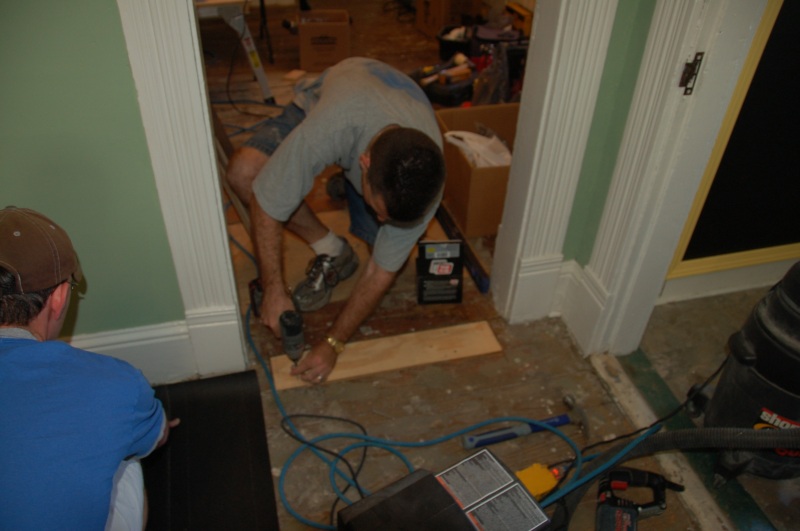 I wanted the two floors to look like we MEANT them to be separate, so we decided to put the kitchen flooring on an angle. It was a LOT of work and measurements, but it came out really cool.

Measuring this piece by the fridge nook was insane. But of course, Doug is a mastermind, and it was perfection. 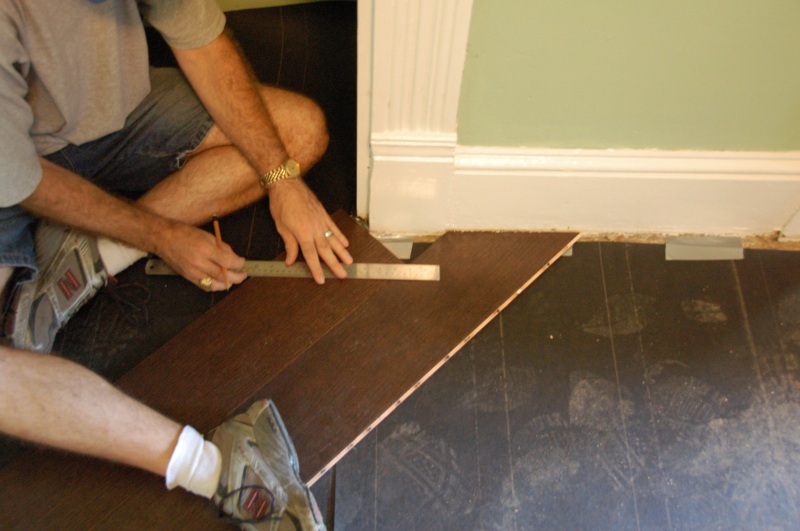 I mean, look at this. Between Doug and our friend Brian, the cuts were meticulous. 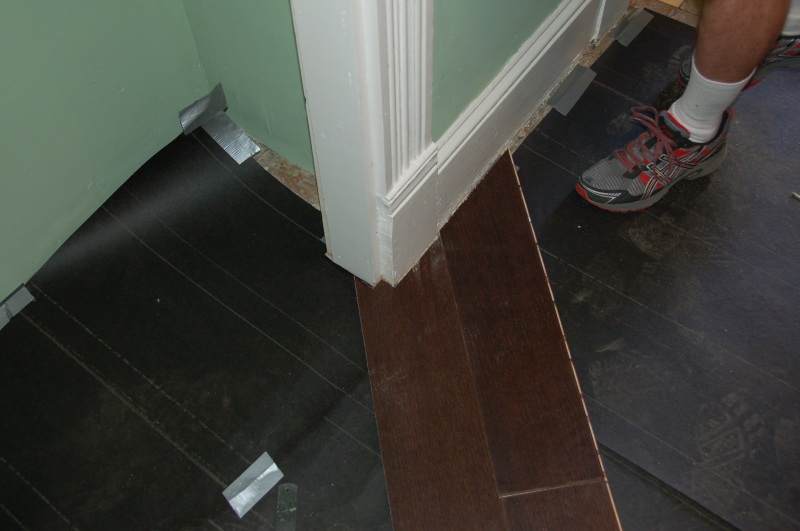 This was – by far – the hardest spot in the room. 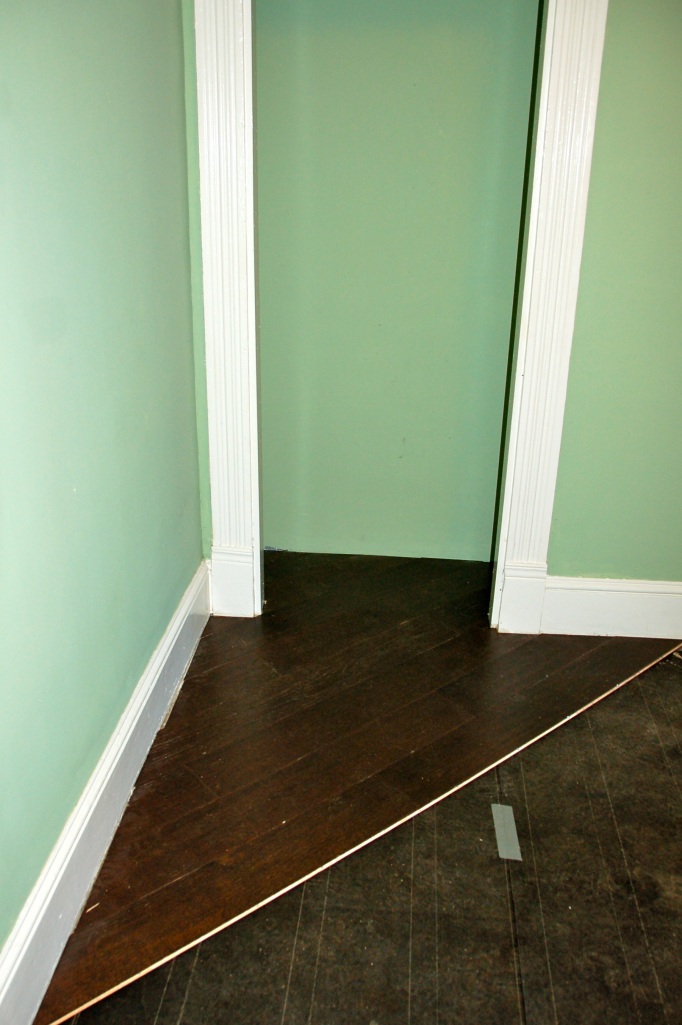 I handled angled cuts. But nothing insane like Doug and Brian. But I was still proud. Also, those are my favorite pair of safety glasses. And currently, they are missing. So now I’m sad. 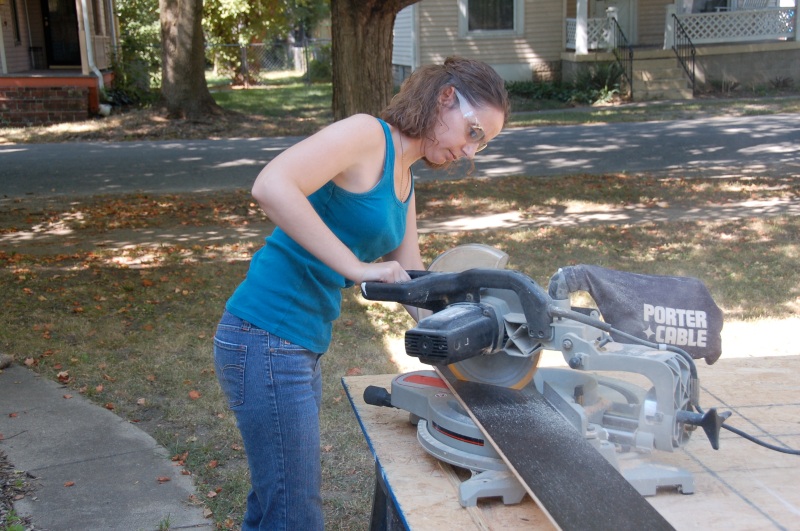 Here are the floors! They are beautiful. And well worth the effort to put them on the angle. I can’t wait to get them throughout the rest of the house!